Category: A Thought for Midweek | protecting our spiritual health 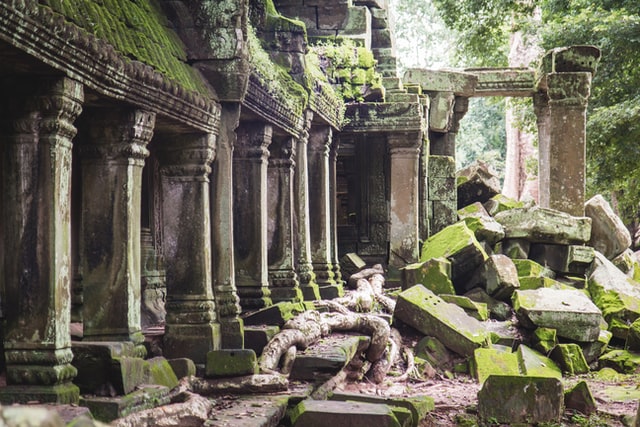 Around fourteen of his books sit on my bookshelf, plus another that he co-authored, another that he edited, and two others to which he contributed – not to mention two wonderfully illustrated children’s books. The vast majority of all this I have read with much profit. His voice rang forth with passion and eloquence, and his vision spanned the globe and extended to future generations. He drew upon a wealth of cultural, literary, and historical information in his proclamation of the truth. He knew how to bring compelling quotations into the course of his messages. He built a ministry that stretched from Atlanta to Oxford, from Toronto to Cape Town, from Chennai to Singapore, from Latin America to the Middle East. His burden was to minister the gospel among thinkers: he desired to help thinkers come to the point of believing in Christ, and to help believers think well about all of life. Doors for ministry were opened for him and his team all over the world – in university settings as well as in business, political, and military circles. About twenty years ago I attended two seminars conducted by members of his team (one of these I was involved in hosting). On two occasions I had the opportunity to hear him speak in-person, and at the second of these I got to greet him and we had a very brief but pleasant exchange. Few public figures have been as influential to my early Christian development as this man was, and yet…

… his life was a train wreck.

For all the challenges of the year that was 2020, nothing was as distressing to my soul as learning about the pervasive darkness at work in the world-famous apologist by the name of Ravi Zacharias, founder of Ravi Zacharias International Ministries (RZIM). Ravi died from cancer in May 2020 and was shortly thereafter celebrated by a great many people at the publicly livestreamed memorial service held in his honor. It would have seemed like a fitting conclusion to an accomplished life of good character and global impact. But that was then.

As the last several months have unfolded, it has become clear that however remarkable Ravi may have appeared through his public ministry, his personal life was characterized by egregious patterns of sin for at least the last 12-15 years of his life (and perhaps longer). It is not my purpose in this article to discuss his sins at length. But by way of summary, the picture that has emerged is that Ravi was a serial sexual predator whose immoral conduct constituted repeated and habitual infidelity against his wife and, at the same time, constituted toxic spiritual abuse against his female victims. As one would expect, Ravi utilized various tactics to hide his behavior; he lied to his family, colleagues, staff, board, and the general public in relation to alleged misconduct back in 2017; and more generally, he built into his organization a ‘cult of personality’ with himself at the center.

It is difficult to exaggerate the staggering effects of this train wreck. It comes as no surprise that the process is underway of pulling his radio programs, books, and resources. But that’s a small thing, really. Of much greater significance is the violation of trust against his wife and children, colleagues, staffers, aspiring young evangelists and scholars who looked up to him, and the many tens of thousands of people who were positively impacted by his public ministry. RZIM’s large global ministry will dwindle in size and influence, if it survives at all. RZIM’s British affiliate ‘The Zacharias Trust’ has already decided to completely sever its tie to RZIM and will be changing its name. Other RZIM affiliates in other parts of the world might decide to pursue a similar course. Of greatest significance is how such wicked conduct serves to publicly discredit the gospel. God intends our transformed character, expressed in conduct and speech, to adorn the gospel and commend its beauty to others (see Titus 2:1-10), but tragically Ravi has managed to do the exact opposite. Ravi’s sustained conduct over many years is nothing less than gross failure to love hundreds and hundreds of people who trusted him. Now he is dead, and everyone else is left picking up the devastating and disorienting pieces.

Some will be tempted to think that that is just another example of how all men, including great men, have flaws. Remember King David! Well, it is certainly true that each and every one of us has deficiencies in our character. But it is the nature of a true Christian that, with some very real awareness of his flaws, he is making steady progress in fleeing the ways of sin and pursuing the ways of Christ (see Colossians 3:1-14). A lively faith that grows in grace – however slow it may be – is characteristic of a true Christian. By contrast, sustained entanglement in sinful defilements is characteristic of something else entirely. David, for all his flaws, was fundamentally different that his predecessor Saul. On a spectrum between David (flawed but faithful man with a genuine heart for God) and Saul (an unmitigated disaster), Ravi has been shown to be much closer to Saul.

So take heed, my brothers and sisters and friends. Watch over your own fragile soul, and draw near to the Lord who gives grace to the humble, and stay close to God's Word. I would like you to consider some sobering Scriptural passages in light of this unpleasant situation. The primary purpose of pondering these passages isn’t to analyze Ravi, but rather to internalize core biblical teaching that outward success is no substitute for inward transformation; that eloquence of speech is no substitute for good character; that the gifts of the Spirit (preaching, teaching, leading, etc.) are no substitute for the fruit of the Spirit (love, joy, peace, etc.); that being acclaimed by men is no substitute for being acclaimed by the Lord on the last day. So read these verses, realize what is most important, and resolve to pursue what is good and best! Scripture says:

All these are sobering words that the Lord would have us take to heart, so that we might not play fast and loose but instead press forward in our walk with Jesus and thus one day have the distinct joy of hearing him say, “Well done, good and faithful servant…. Enter into the joy of your master.” (Matthew 25:21, 23 ESV)

I remain indebted beyond measure to what the Lord gave me through Ravi and through his team at RZIM. I do not disparage the beneficial gifts that I received, and I wish nothing except an abundance of grace to all the family members, colleagues, victims, and many others who are having to do a lot of sorting out right now. But it is a deep sadness to realize that the man at the center of this ministry had a great void – indeed an unchecked evil – at the center of his soul. As the ministry that he built and the family he left behind are now paying the price, Ravi himself has a day of reckoning. “Do not be deceived: God is not mocked, for whatever one sows, that will he also reap. For the one who sows to his flesh will from the flesh reap corruption, but the one who sows to the Spirit will from the Spirit reap eternal life.” (Galatians 6:7-8 ESV)

SPECIAL NOTE: There are number of helpful online resources regarding this situation. If you decide to research this very unpleasant situation for yourself, I recommend that you start here: Open Letter from the International Board of Directors of RZIM on the Investigation of Ravi Zacharias.

Brian, I’ve been thinking about you a lot since this tragedy has unfolded. Thank you for your eloquent thoughts about it.