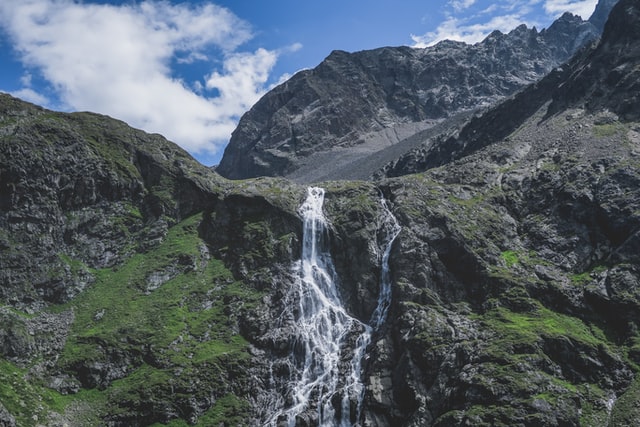 When the Savior saw the multitude of sheep-like and leader-less sinners astray on the shore, “he had compassion on them” (Mark 6:34 ESV). He cared. He was disposed to show mercy. And as followers of Jesus the Good Shepherd, we are called to be merciful (Galatians 5:22-23, James 3:17) and to do good to all (Galatians 6:10). In all our merciful endeavors, we must remember that the ministry of mercy rests on the character of God – and thus on the strongest possible foundation.

Psalm 146 exalts the mercy of Almighty God: he delivers the oppressed, feeds the hungry, frees the prisoners, heals the blind, and cares for the vulnerable (sojourners, widows, and orphans) (v. 7-9). The psalm proclaims, “Blessed is he whose help is the God of Jacob, whose hope is in the LORD his God, who made heaven and earth, the sea, and all that is in them” (Psalm 146:5-6 ESV). The One who is infinite in power leverages it for the good of the lowly ones who trust Him.

Viewed through the narrow lens of earthly limitations, it would be easy for us to see mercy ministry as a cup that is half-empty: so much demand and so little supply – lack of volunteers, lack of funding, and a scarcity of resources.  Do you think that ministries of mercy are under-resourced and under-staffed?  Or what about the ministers of mercy?  Do you think that ministers of mercy are fragile and weak?  No worries, friends.

The One who holds mercy in his hand is not weak but strong.  He spoke galaxies into existence; he made heaven and earth; he made the sea; and he made everything that is in them.  Jupiter’s moons and Saturn’s rings stand forth at his command.  The blazing sun, at a ‘cool’ 27 million degrees Fahrenheit, is but a small fire in the hand of its Creator.  He “scooped up the ocean in his two hands” and “measured the sky between his thumb and little finger”; he “put all the earth’s dirt in one of his baskets” and “weighed each mountain and hill” (Isaiah 40:12 The Message).  “The LORD does whatever pleases him throughout all heaven and earth, and on the seas and in their depths.  He causes the clouds to rise over the whole earth.  He sends the lightning with the rain and releases the wind from his storehouses” (Psalm 135:6-7 NLT).  And all that he has made, he holds together (Colossians 3:17). He is mighty in power and infinite in strength: “The voice of the LORD is over the waters; the God of glory thunders, the LORD, over many waters.  The voice of the LORD is powerful; the voice of the LORD is full of majesty.  The voice of the LORD breaks the cedars; the LORD breaks the cedars of Lebanon” (Psalm 29:3-5 ESV).  Have you broken any cedar trees lately?  Leveled any forests?  Weighed any mountains in the scale of your hand?  Released any wind into the jet stream?  Be amazed at His strength; and be amazed that He employs His strength for the good of his people.

Dear Christian, set your gaze on the great God who shows mercy. “Sing to God, sing praises to his name; lift up a song to him who rides through the deserts; his name is the LORD; exult before him!  Father of the fatherless and protector of widows is God in his holy habitation.  God settles the solitary in a home; he leads out the prisoners to prosperity” (Psalm 68:4-6 ESV). “The LORD upholds all who are falling and raises up all who are bowed down.  The eyes of all look to [him], and [he gives] them their food in due season.  [He opens his] hand … [and satisfies] the desire of every living thing.  The LORD is righteous in all his ways and kind in all his works” (Psalm 145:14-17 ESV).

And as you answer the call to be a conduit of His mercy, remember that the foundation beneath your feet is a strong foundation.  Because the Lord is your help and your hope, you are free to spend and be spent in the enterprise called mercy – taking the good news of His merciful salvation to a broken world, and performing concrete and constructive acts of kindness that reflect God’s generous heart.

To show mercy to others is to walk in the Savior’s footsteps. Thank you Brian.