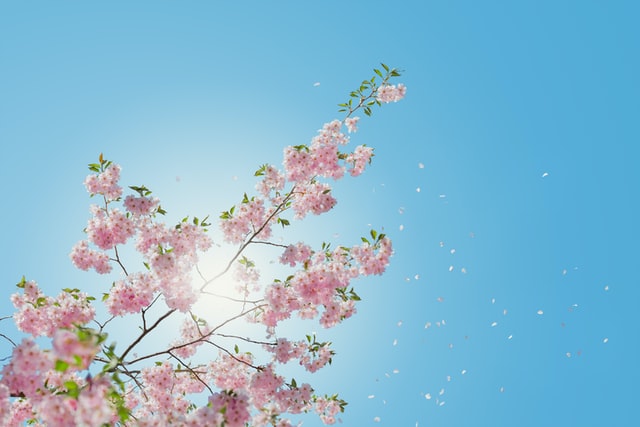 Perhaps to state the obvious – a typical sermon cannot unfold every profitable line of thought that arises in a passage. So in this reflection I’d like to pick up a thought from the recent sermon passage and trace it out a bit.

In Mark 8:38 Jesus describes a non-disciple as someone who is ashamed of Him and His words, which means by contrast that a true disciple is someone who cherishes Jesus and His words. It is evident that Jesus cherished His Father and expressed this by prizing, proclaiming, and practicing His Father’s words. Jesus calls would-be disciples into this same relational dynamic (see John 15:10) – that we would cherish our Lord Jesus and express this by prizing, proclaiming, and practicing His words.

First, devote yourself to Jesus’ words. Delight in them, meditate on them often, internalize them (Ps. 1:2). When “persecution arises on account of the word” (Mk. 4:17 ESV), it will be easy to bail if you’ve been neglecting His words. But if His words have been nourishing and strengthening you, why would you turn away from that which has been giving you life? Where else would you go? (Jn. 6:68)

Second, obey Jesus’ words. Devotion is incomplete without practice. Obedience is like affixing a seal on the words that you claim to love. When the going gets rough, it will be easy to turn away from Jesus’ words if your interest in them was merely intellectual. But if you’ve experienced some real progress in “[walking] in a manner worthy of the Lord, fully pleasing to him: bearing fruit in every good work and increasing in the knowledge of God” (Col. 1:10 ESV), then His words will stick close to you in the midst of the storm.

Third, pay attention to all of Jesus’ words. Beware of always gravitating to the tender words of comfort but neglecting the tough words of admonition or warning, or vice versa. Don’t delight in a sub-set of Jesus’ words, but receive all of them as the Lord’s gift to you for your good. “All Scripture is breathed out by God and profitable” (2 Timothy 3:16 ESV).

Fourth, resolve not to apologize for any of Jesus’ words. Don’t flinch when you encounter sobering words about sin, judgment, and hell – or about “not [throwing] your pearls before pigs” (Matt. 7:6 ESV). Jesus isn’t looking for a public relations team to moderate the punch of His words or His Father’s words to an adulterous and sin-sick world. If you find yourself tempted to justify, soften, or pass over certain words of God, then it is time for a reality check: He is pure and holy, we are not; He is faithful and true, we are not; He is gracious and kind, we are not. Whenever He speaks or acts, He does so out of His perfections. So don’t be deceived by the world’s pseudo-morality and pseudo-justice, nor by your own imperfect grasps at righteousness. Distrust yourself, and stand in awe of God’s Word.

Fifth, proclaim Jesus’ words. Obedience isn’t the only way to say your ‘yes and amen’ to the words of the Lord; so is proclaiming them to others (which, as it turns out, is also a matter of obedience!). Let it be clear to those who know you that you are standing firm in the truth of Scripture. Don’t aspire to sound clever, independent, or smart. Don’t make it your aim to start from scratch, nor to have well-formed views of what all the philosophers and scholars think. Instead learn from Jesus, who said: “The words that I say to you I do not speak on my own authority, but the Father who dwells in me does his works.” (John 14:10 ESV) God is not impressed by people who are able to come up with ‘original thoughts’, but by the one “who is humble and contrite in spirit and trembles at [his] word” (Isa. 66:2 ESV). So be His faithful ambassador. As opportunities allow, humbly speak forth His words to your husband or wife, to your children and grandchildren, to your neighbors and friends, and to your fellow Christians. Learn to say, ‘God’s Word says…’ or ‘The Bible teaches…’ or ‘It is written…’ or ‘As Scripture shows us in [book, chapter, verse]…’ – and thereby show yourself to be a man or woman who is operating under God’s authority.

Sixth, in your ministry to others remember the maxim: ‘what you win people with is what you win them to’. If you win people with the Word, then you have won them to the Word. But if you win people with gimmicks and entertainments, or with personality and charisma, or with style and eloquence, then that is what you have won them to. Don’t expect to smuggle the Word into the equation later on. For the apostle Paul, there was no question as to his approach: “For I decided to know nothing among you except Jesus Christ and him crucified. And I was with you in weakness and in fear and much trembling, and my speech and my message were not in plausible words of wisdom, but in demonstration of the Spirit and of power, so that your faith might not rest in the wisdom of men but in the power of God.” (1 Cor. 2:2-5 ESV) This is what we want: a community of disciples who are gathered together around the Word because they have been captured by that Word and they know that God’s Spirit is powerfully at work through it. They will press on when trials come. They will not be ashamed of “the word of the cross” (1 Cor. 1:18 ESV). Like Paul they will say, “I am not ashamed of the gospel, for it is the power of God for salvation to everyone who believes” (Rom. 1:16 ESV). But if you build a ministry on bells and whistles, it is a defeat from the very beginning.

Seventh, show honor toward those who faithfully obey and speak forth God’s Word – especially those who are suffering persecution because of their stand. One of the ways that we share in the sufferings of Christ is by actively identifying with our fellow Christians who are suffering for Christ’s sake. Paul told Timothy: “do not be ashamed of the testimony about our Lord, nor of me his prisoner, but share in suffering for the gospel by the power of God” (2 Timothy 1:8 ESV). Later in the same chapter Paul commends “Onesiphorus, for he often refreshed me and was not ashamed of my chains, but when he arrived in Rome he searched for me earnestly and found me” (2 Timothy 1:16-17 ESV). There will be a temptation to preserve yourself in an environment of persecution by dis-associating from those who are currently being persecuted. Beware: when you put distance between yourself and those who are suffering for the gospel, then you are putting distance between you and the gospel itself. So one important way to reinforce and strengthen your cherishing of Jesus’ words is to not turn away from those who are suffering on account of Jesus’ words. Cherish the fellowship – and the fellowship of suffering – that the gospel creates! Demonstrate love to Christ's faithful followers!

Finally, remember to live and speak for an audience of One. Frankly, you should not expect the unbelieving world to cheer you on as you order your entire life around all the words of Jesus. And sometimes professing Christians will even think that you are taking things too far. If your eyes are on your human observers, you will have reason for much discouragement – because they’re just not going to be impressed. And if you are angling for the world’s applause, then you’ll end up ashamed of Jesus’ words – because Jesus’ words are not a strategy for gaining fame. But if you can get some thick skin (no fear of man!) over your tender heart, and if you can keep your eyes on the only Judge who matters – the Judge who is also your Savior and Brother, and if you can see beyond the season of suffering to the realm of endless day, then you will know that being loved by the King who gave His life for you is always more than enough.