Come to Bethlehem and See

COME TO BETHLEHEM AND SEE

A Short Reflection for Christmas Eve

Note:   Scripture quotations are from The ESV® Bible (The Holy Bible, English Standard   Version®), copyright © 2001 by Crossway. Used by permission. All rights reserved.

“Bethlehem” holds a significant place in the church at Christmastime. For example:

And here is the one whose first line I borrowed for the title of this short reflection:

“Come to Bethlehem, and see / Him whose birth the angels sing; / Come, adore on bended knee / Christ the Lord, the newborn King.”[2]

The Gospel of Luke tells us that Joseph and Mary journeyed to Bethlehem, and that “while they were there” (Luke 2:6) Mary’s “firstborn son” (Luke 2:7) – our Savior and Lord – was born into our world.

A BRIEF TOUR OF BETHLEHEM

In light of this, let me take you on a brief tour of this important place.

In the Bible, the word “Bethlehem” occurs for the first time (out of a total of about 50 times) in Genesis 35. Rachel, wife of Jacob, was pregnant and about to give birth to her second son, Benjamin. Scripture says:

“When they were still some distance from Ephrath, Rachel went into labor, and she had hard labor. And when her labor was at its hardest, the midwife said to her, “Do not fear, for you have another son.” And as her soul was departing (for she was dying), she called his name Benoni; but his father called him Benjamin. So Rachel died, and she was buried on the way to Ephrath (that is, Bethlehem), and Jacob set up a pillar over her tomb.” (Genesis 35:16-20)

Here we see the juxtaposition of sorrow and joy: sorrow over the death of a beloved wife, joy over the birth of a son. The midwife told Rachel that she need “not fear” because “another son” was born to her. Even so, the Gospel of our Lord Jesus Christ is a better word: Do not fear, for Another Son – not Benjamin, but Jesus – has been given to us (Isaiah 9:6-7, Luke 2:1-11), “and the government shall be upon his shoulder” (Isaiah 9:6).

The Book of Ruth

“Bethlehem” is mentioned once more in Genesis (again in connection with Rachel’s burial) and nine times in Joshua and Judges. Then it occurs six times in The Book of Ruth. Here again,  Bethlehem brings us face to face with a range of human experience: desperation and deliverance, poverty and provision.

The Book of Ruth begins:

“In the days when the judges ruled there was a famine in the land, and a man of Bethlehem in Judah went to sojourn in the country of Moab, he and his wife and his two sons. The name of the man was Elimelech and the name of his wife Naomi” (Ruth 1:1-2).

“[The] days when the judges ruled” were often dark days, both spiritually and politically, in the land of promise. Facing poverty, Elimelech took his family to Moab, a foreign land. There in Moab, though they may have had food for their bodies, they suffered greatly: Elimelech died, then Naomi’s sons – who had married Moabite women – also died. In due course, Naomi returned to Israel with her daughter-in-law Ruth. Scripture says:

The “barley harvest” indicates that where previously there was the suffering of a famine, now there was a forthcoming supply of food for the people. But the good news of The Book of Ruth isn’t so much about the barley harvest as it is about a wonderful, kindhearted, Christlike man named Boaz, who took special care of Naomi and Ruth. In accordance with Scriptural instruction and with the custom of the day, Boaz ‘redeemed’ Ruth by marrying her. A great blessing was spoken to Boaz on the eve of his wedding to Ruth: “May the LORD make the woman, who is coming into your house, like Rachel and Leah, who together built up the house of Israel. May you act worthily in Ephrathah and be renowned in Bethlehem.” (Ruth 4:11)

Through marriage to Ruth and the subsequent birth of their son Obed, Boaz raised up a descendant for Naomi. The Book of Ruth is really more about Naomi than it is about Ruth. It is about how the Lord filled Naomi’s empty cup through the birth of Ruth’s son.

After Obed was born, “the women said to Naomi, “Blessed be the LORD, who has not left you this day without a redeemer, and may his name be renowned in Israel! He shall be to you a restorer of life and a nourisher of your old age”” (Ruth 4:14-15). Redemption, restoration, and nourishment was embodied in a newborn baby boy. Sound familiar?

Ultimately, The Book of Ruth isn’t even mainly about Naomi; it’s about David and the future son of David. “Boaz fathered Obed, Obed fathered Jesse, and Jesse fathered David.” (Ruth 4:22) In due course, The Gospel of Matthew begins, “The book of the genealogy of Jesus Christ, the son of David” (Matthew 1:1). The ultimate Redeemer, Restorer, and Nourisher – greater than Boaz, Obed, and David – was born a baby in Bethlehem.

Not surprisingly, Bethlehem looms large in The Book of 1 Samuel. Saul had become Israel’s first human king, but he shipwrecked his life and kingship because he “rejected the word of the LORD” (1 Samuel 15:23). Therefore the Lord “rejected [Saul] from being king.” (1 Samuel 15:23)

Therefore, since Saul’s kingdom had begun to fall apart, the Lord sent the prophet Samuel to anoint the future king of Israel – a better king who would have a heart for the Lord. The Lord said to Samuel: “Fill your horn with oil, and go. I will send you to Jesse the Bethlehemite, for I have provided for myself a king among his sons.” (1 Samuel 16:1) So Samuel “came to Bethlehem” (1 Samuel 16:4) and anointed Jesse’s youngest son, David, as the next king.

For good reason, then, Luke calls Bethlehem “the city of David” (Luke 2:4), the hometown of Israel’s first righteous king. When David was anointed with oil, “the Spirit of the LORD rushed upon David from that day forward.” (1 Samuel 16:13) How much more was Jesus, the son of David, empowered by the Spirit to bring salvation to an oppressed world (Luke 4:14-21)!

Within a couple years of our Lord’s birth, tragedy befell Bethlehem in what has been called ‘the slaughter of the innocents’. Matthew writes, “Then Herod, when he saw that he had been tricked by the wise men, became furious, and he sent and killed all the male children in Bethlehem and in all that region who were two years old or under, according to the time that he had ascertained from the wise men. Then was fulfilled what was spoken by the prophet Jeremiah: “A voice was heard in Ramah, weeping and loud lamentation, Rachel weeping for her children; she refused to be comforted, because they are no more.”” (Matthew 2:16-18)

THE GOSPEL FROM BETHLEHEM

Bethlehem, like the rest of the world, knew its share of sorrow, discomfort, and grief. That’s how it is in our sinful and fallen world. But if you can walk with Jacob and Rachel in Genesis 35 on their way to Bethlehem, and then trace the story of Bethlehem up through the ages, what do you see? You see fear taken away because “to us a son is given” (Isaiah 9:6). You see bitterness and emptiness taken away because a redeemer, a restorer, a nourisher has come. You see a troubled nation receive hope because of the promise of a better king. And you hear the prophet proclaim peace to people in need of a Savior:

“But you, O Bethlehem Ephrathah, / Who are too little to be among the clans of Judah, / From you shall come forth for me one who is to be ruler in Israel, whose coming forth is from of old, from ancient days…. And he shall stand and shepherd his flock in the strength of the LORD, in the majesty of the name of the LORD his God. And they shall dwell secure, for now he shall be great to the ends of the earth. And he shall be their peace.” (Micah 5:2, 4-5)

It is our great need for the Gospel, and God’s gracious provision of the Gospel, that shines forth from Bethlehem.

With these thoughts in our mind, perhaps we can sing afresh and anew about the reality that “[the] hopes and fears of all the years” converge in the “little town of Bethlehem” where the “holy Child” was born into “this world of sin” so that He might “[cast] out our sin, and enter in.”[3]

[1] From the hymn “Hark! the Herald Angels Sing” by Charles Wesley.

[3] Words in quotes are from the hymn “O Little Town of Bethlehem” by Phillips Brooks. 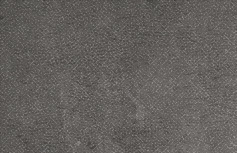