Category: A Thought for Midweek | Truth 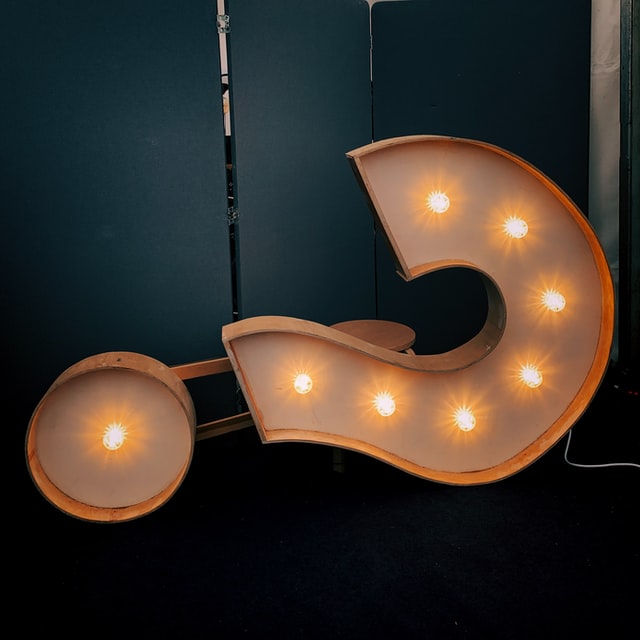 A WORD ABOUT TRUTH

The following thoughts are not offered in service to any political agenda, but rather to help God’s people keep their footing in unsteady times.

As I look out upon our culturally and politically stressed world, it seems to me that it is very difficult to know what is actually true about many of the things that are happening in our world. I don’t say this in order to exalt ignorance, nor to belittle the honest effort to understand the events of our times. And yet, I would submit that the challenge of uncovering the truth is neither a new problem nor a surprising one.

If you are reading this, you probably share my conviction that the Bible is God’s Word, which perfectly conveys the truth in written form about the things that matter most. Those who trust God’s Word should not be surprised when the world obscures the truth about anything and everything, since the Bible itself tells us that the world has taken up arms against truth. Consider:

1) God’s assessment of the entire human race is that it is characterized by suppressing the truth (Rom. 1:18) and that human speech is characterized by deception and evil (Rom. 3:13-14). We should take this assessment with sober seriousness, understanding that it applies to everyone (including ourselves), and that the only means of escape is God’s redeeming grace. God’s assessment of humanity should lead us to have very low expectations of unredeemed people speaking the truth to us about anything.

2) What would it have been like to live in ancient Crete? Paul wrote, “One of the Cretans, a prophet of their own, said, “Cretans are always liars, evil beasts, lazy gluttons.” This testimony is true.”” (Titus 1:12-13 ESV) Crete was a world of lies and in a rare moment of clear perception, one of their prophets saw it for what it was: a deceptive and pathetic place to live! In reality, Crete was a microcosm of the whole unredeemed world.

3) What would it have been like to live in ancient Israel? God’s covenant people were often in high rebellion against the Lord. The self-appointed prophets lied in God’s name (Jer. 14:14); both the prophets and priests were off the rails, and the people loved it that way (Jer. 5:31); the leaders were motivated by self-enrichment (Ezek. 34:1-6); lying filled the land (Hos. 4:2); and in general everything was inverted, such that iniquity, falsehood, evil, darkness, and self-wisdom were celebrated while goodness, light, virtue, honesty, and justice were snuffed out (Is. 5:18-23). But remember, that was God’s assessment of the situation. The people themselves, being blind, would have thought that they were good and right and wise in their own eyes! We shouldn’t be fooled!

4) Satan and his demonic league wreak havoc on human beings (e.g., Eph. 2:1-3, 6:10-20). Satan’s chief weapon, which was unleashed in the first temptation in Genesis 3, is deception. Satan is “the father of lies” and “there is no truth in him” (Jn. 8:44 ESV). To be unredeemed means that one is caught in Satan’s grip – and it is a grip that involves thick deception. Given the unredeemed heart’s twisted nature and its being held under the devil’s sway, it is no surprise that the corrupt human heart is “corrupt through deceitful desires” (Eph. 4:22). The alternative to living in God’s truth is to live in a world of lies.

5) When truth showed up in human form – the Word incarnated, “full of grace and truth” (Jn. 1:14 ESV) – it was rejected. Jesus is the truth; He declared the truth; and He demonstrated the truth in perfect obedience and in profound acts of compassion. And yet, He was dismissed, silenced, cancelled, de-platformed, crucified. Here again, we should have low expectations of truthfulness from a world that still despises Truth Incarnate.

In light of all this, how then should we relate to a fundamentally untruthful world? Much could be said, but here are three simple resolutions to put into practice.

Number One: When it comes to cultural and political happenings, be critical (not cynical) listeners, in the best sense of the word. There are liars across the political spectrum, and all too often the world's 'knowledge brokers' use ideas and arguments in service to their greater commitment to power, money, popularity, and influence. Be discerning. Be slow to form opinions. And more importantly, devote yourselves to the more important things (see below).

Number Two: Far more important than political insight is spiritual insight, so cling to the truth that God has revealed in His Word! It is healthy to accept the reality that we may never arrive (in our lifetime on earth) at a good understanding of particular cultural and political issues. But Jesus didn’t tell us that sanctification is a result of understanding the politics of the Roman Empire. Instead, He told us that sanctification and fruitfulness happen as His words dwell in us (Jn. 15:1-17, Jn. 17:14-19). Pay attention to the clear truth of God’s kingdom, not the confusions and obscurities of the world’s kingdoms. Jesus said, “My kingdom is not of this world” (Jn. 18:36 ESV). Let's live accordingly and do our very best to meditate on God’s truthful words at all times!

Number Three: What can ordinary people do in a massively big, often confused, and fundamentally untruthful world? This: speak and act truthfully in your own little world of family, church, friends, and workplace. If you have been redeemed and have learned the truth of which Jesus is the standard, center, and source (Eph. 4:21), then “having put away falsehood, let each one of you speak the truth with his neighbor, for we are members of one another” (Eph. 4:25 ESRV). And “put away all malice and all deceit and hypocrisy” (1 Pt. 2:1 ESV). Say what you mean, and mean what you say. Be an intellectually honest and humble thinker, and take time to think things through. Don’t pretend to be an expert on things you don’t understand. At the same time, don’t feel shamed into repeating ‘the company line’ when you don’t really believe it. Practice honesty. Tell the truth. As I heard in the wonderful movie I Still Believe (about Christian singer Jeremy Camp), don’t promise things that aren’t yours to give. Instead make good promises, and keep them! Seek reconciliation when trust has been broken. Embody the truth in concrete acts of sincere love. Reflect the example of Truth Incarnate by laying down your life for the genuine welfare of others. Be honestly present with other people, giving them the opportunity to discover the beauty of truth by seeing you live a truthful life that is seasoned with humility and grace.

Finally, remember this: De-platformed and crucified truth was vindicated on the third day. The silent Lamb is now enthroned as sovereign Lord. Follow Him, for all who walk in truth on that cross-shaped pathway to glory will share in the Lord’s victory on the last day.